Compared to the name of Roberto Gómez Bolaños, it seems that his stage name Chespirito is better known in the Spanish-speaking world. The most famous director, actor, and producer in Mexico has created countless TV series with amazing ratings. At his most brilliant time, more than half of the TVs in Mexico were showing his episodes. This "Chapolin Colorado" special edition Ultimate Team virtual jersey is based on the jersey worn by the protagonist he played in the TV series "Chapolin Colorado". In addition to the red and yellow colors, the jersey chest is also added in the middle Yellow peach heart with "CH". 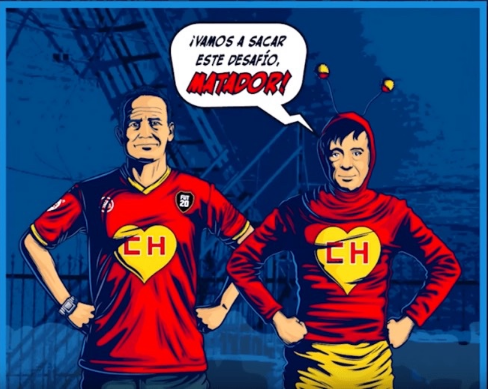